Log in Register
What's new
You are using an out of date browser. It may not display this or other websites correctly.
You should upgrade or use an alternative browser.

Status
Not open for further replies.

Staff member
Things on this list may change or be modified and will be updated accordingly. As well more will be added to the list as they come to mind or we add them.

To see all available commands in game:

A major change was done to healing to give melee and paladin chiv builds a major buff since OSI kinda forgot about them. There are SO many options available to you now to not have to be a "sampire" or "tamer" for end game. Check out the patch notes here:

The Crusade Milestone Updates: As you know we have been working behind the scenes on all things melee, paladin, archery, and overall just classes that are not sampire or tamer to elevate them up to the right level so players have more choice in how they play on UOAlive. We feel OSI dropped...
uoalive.com

Players can now double click any shield and target an enemy they wish to taunt. If the taunt is successful, the enemy will attack the player wielding the shield.
Currently, the chance of taunting an enemy is the players parry skill vs the creature's barding difficulty.

This means that enemies that are bard immune are also taunt immune.

Special Stones And In Game Currencies

Magical Stones are in Magincia, you can get there via the Moongate's "Special Locations". You can buy all sort of wonders at these!

You can also exchange many currencies:

BRITCOIN(BTC) are a reward for being logged into the game. These can be converted to Sovereigns which are used to buy stuff off the in game UO Store. Earn these by playing and exploring the world. You get more BRITCOIN(BTC) if you are in a "blessed area" so feel free to AFK when not actively playing. You will get them for every half hour your are in the game.

Instead of crazy timers we have made it so the mobs will share a spawner with other mobs. This means there is an RNG aspect to the actual mob spawning and you will need to fight your way through monsters to get it to spawn.

There are ways to know you are in the right place: the spawn will seem a little bit off for the area normally, and there will be sound ques as well as flavor text. So keep an eye out!

Some of these spawns have waves of beasts that must be defeated before you get to your tame-able creature!

We believe this is a happy middle ground for getting your epic pets an adventure versus a walk in the park, but also a rewarding way to get them as well! This caters to both casual players and hardcore. Ultimately making your time online valuable and not wasted.

We are continuing to balance tamable animals so the "Meta" is more diverse and fun. No one wants to have everyone with the same pets!
-------------------------
Dragons(DPS focused) have a chance to spawn a "RARE" type in which it will have the title Rare as well as be a special hue. This dragon will be a 3 slot instead of the normal 4. This makes them a lot more viable for tameable's rivaling CU's.

Greater Dragons(tankier), as well have a chance to spawn a "RARE" with a special title and hue, and indeed will also be 3 slot, as we found this to be in testing similar to the regular dragon in power due to the stat loss when tamed, but with different tanky-ness. This makes them a lot more viable for tameable's rivaling CU's.

Special Rare Nightmares with 1 Slot will NOW be LABELED at "Rare" so you know you have found something sick! And it will have a great hue! 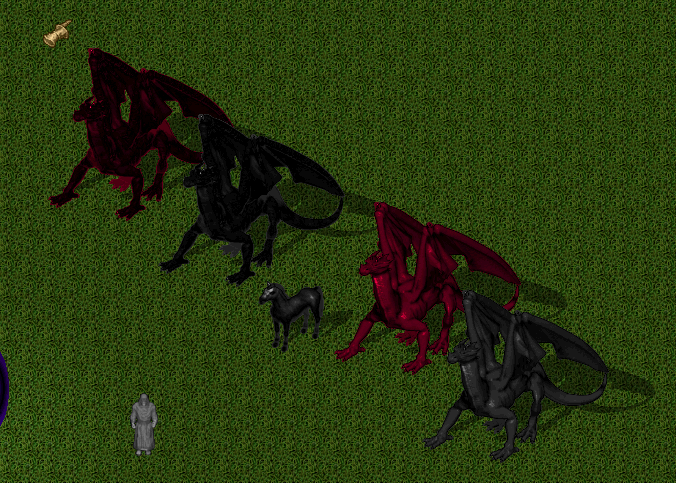 White Wyrms, Shadow Wyrms, and Serpentine Dragons now have a "RARE" variant as well, it will have the title Rare as well as be a special hue. These dragons will be a 3 slot instead of the normal 4 for more diversity. 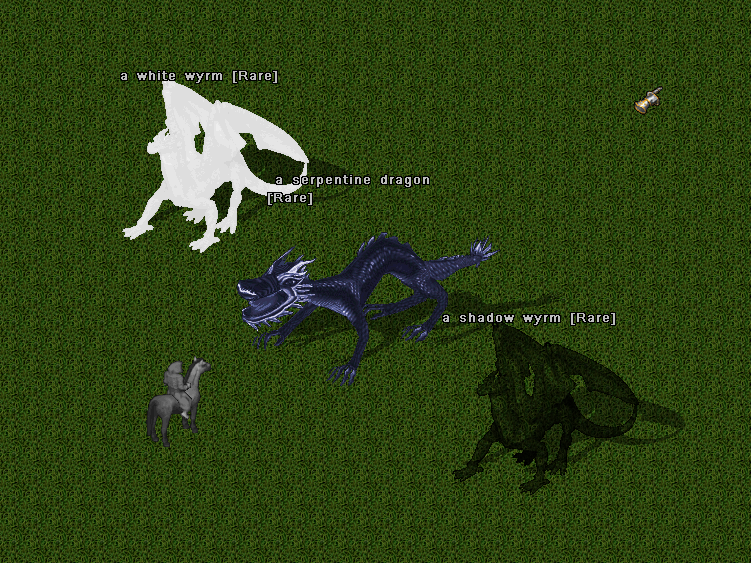 Dragons now have a chance to spawn as a hued exotic type. They have no special skills just a cool collector color! 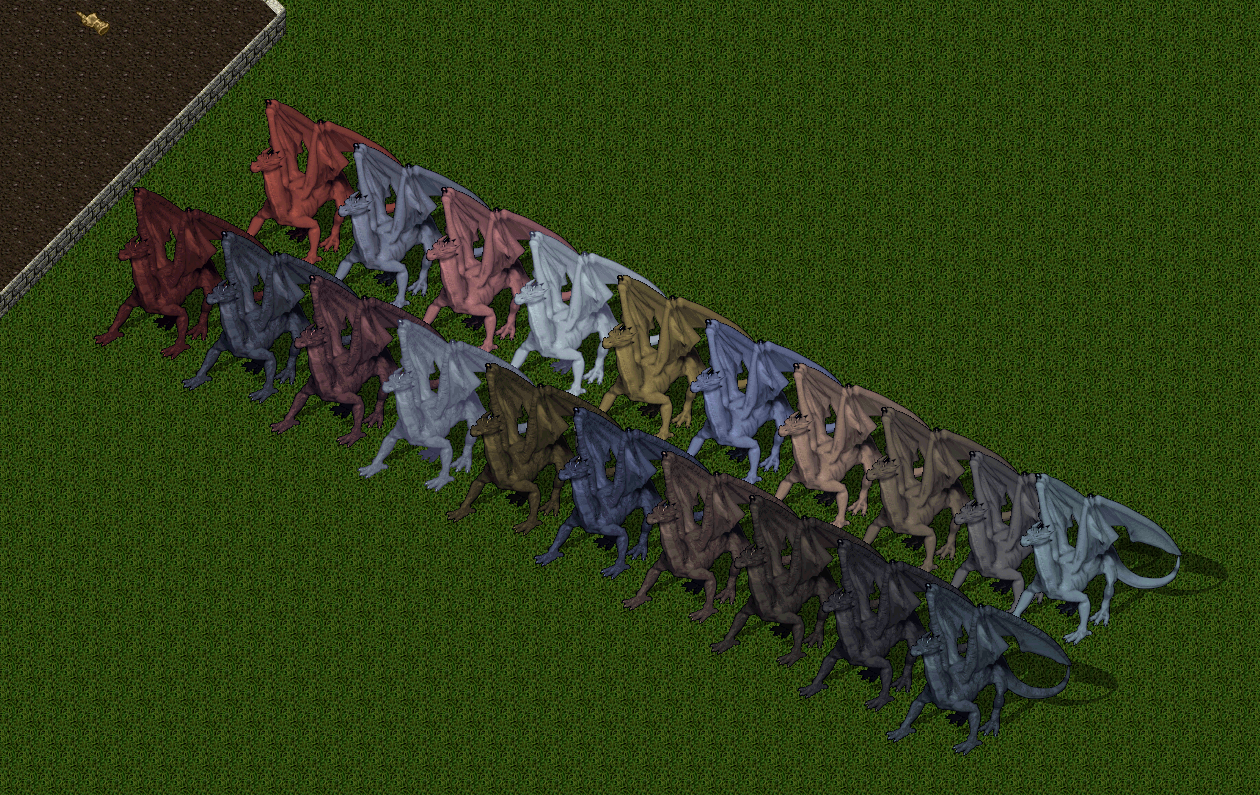 There are special creatures you can tame that are "Naja" and "Cusidhe" equivalent to really change it up. These are considered Exotic.

Horse Barding Deeds mimic Swamp Dragon Barding so you can have cool looking horses instead of ugly swamp dragons: 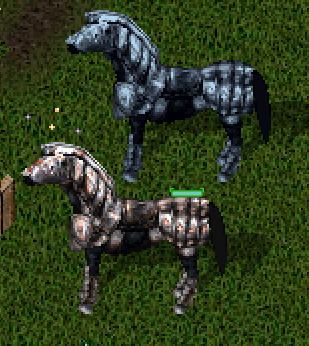 Points of interest:
Keep up to date on the server even if you cannot play:

Status
Not open for further replies.